Your Comprehensive Guide To Choosing The Best Solar Inverters for 2019

Solar inverters are a pivotal part of any solar system. They also happen to be one of the most expensive and complex pieces of equipment in most solar power setups. There is an enormous variety of inverter technologies available now but choosing the right solar inverter for your specific requirements is vitally important.

Choosing the wrong inverter can lead to endless headaches with poor performance, incompatibility with your solar panels, batteries or grid-tie system, and short-lived warranties.

Solar inverters come in a range of prices too but trying to cut costs by buying a cheap inverter could cost you more further down the track. Inefficient power management and the need to replace inverters more frequently are particularly common issues with cheaper inverters.

So to avoid the nightmares and to help you sort out the right inverter for your needs here are some of the most common FAQs.

What is a Solar Panel Inverter?

Solar inverters convert the DC (direct current) power from your solar panels into usable AC (alternating current) electricity that is suitable for powering your home appliances, lights, and gadgets.

Most advanced inverters also provide monitoring and reporting systems so that you can see at a glance how your solar array is performing. 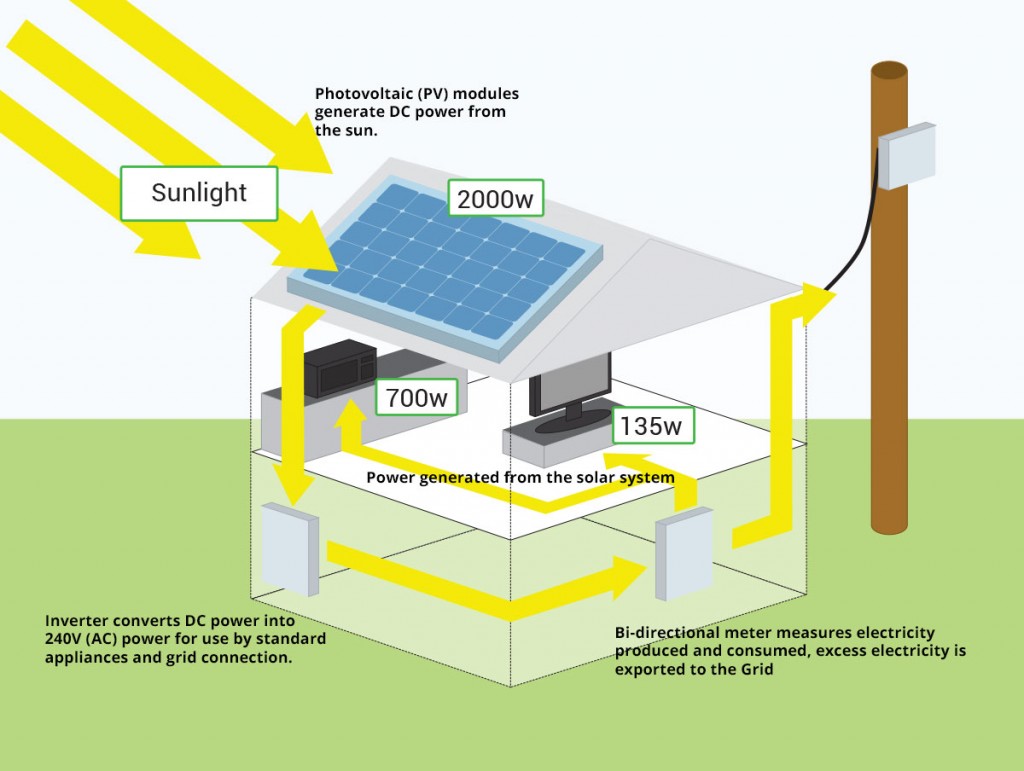 So, Why Do You Need an Inverter?

DC always moves in the same direction whereas you could picture AC current as more like the atoms jumping about in one place. In simple terms, an inverter converts this straight-line current to usable AC current by reversing the current around 50 or 60 times each second.

These abrupt changes of direction produce a square shaped energy wave, which can be very damaging to sensitive appliances such as computers. Sine wave inverters are able to smooth out these direction changes and produce a smoothly curving sine wave.

The main types of inverters include:

Each type of inverter has particular strengths. We’ll cover the differences in more detail later on but most residential solar panel systems will probably use either string inverters or micro inverters.

Many solar inverters can also ensure that the electricity delivered to your appliances is in a pure sine wave form. Some sensitive appliances, in particular whiteware and computers require pure sine wave current to protect their sensitive circuitry.

Inverters also provide safety shutdown mechanisms (known as anti islanding protection) in the event of a dangerous fault. Some inverters offer remote monitoring capabilities too so that your installer can provide technical assistance from off-site.

What's the Best Inverter for Me?

Each of the 5 main types of inverters converts and manages solar energy in slightly different ways.

Which one is right for you will depend on a number of factors including the size and type of system, battery backup, and what you want your solar system to do.

It’s vital that your chosen inverter has the capacity to handle the output of your solar panels.

In theory this means that you need a 5kW inverter to handle a 5kW solar panel array.

However, your system may have a small percentage of power loss between the panels and the inverter and so you may be able to run a smaller inverter.

You can undersize your inverter by as much as 25% and this may save you some money on the cost of the inverter.

You can read more about the Clean Energy Council guidelines on undersized inverters here.

String inverters are probably the most common type of inverter in Australian residential solar installations.

You’ll usually only need a single string inverter to convert the cumulative DC output of all your solar panels into AC power.

It means all the solar panels are connected in a string (hence the name). 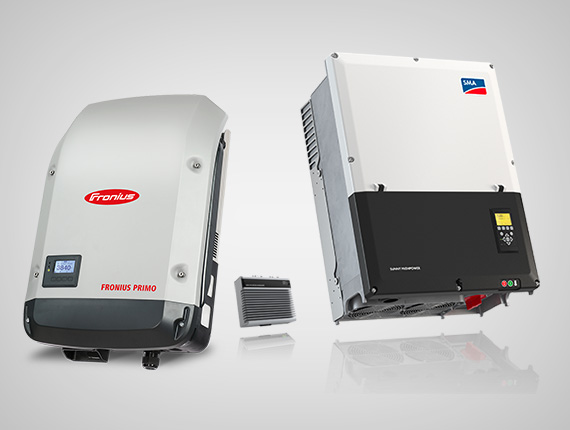 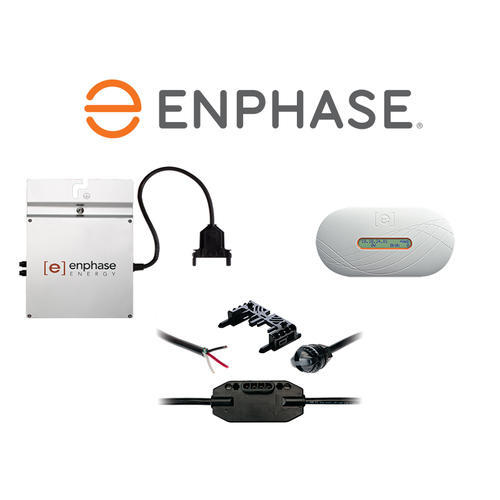 Micro inverters convert the DC power produced by the panel to AC power before it leaves the panel. This means they are also safer because they produce a lower cumulative AC voltage — just 240 V.

This reduces the dangers of arcing and a catastrophic short.

Hybrid inverters provide an effective tool for managing power inputs and usage between solar panels, battery banks, your home, and the grid.  This makes the hybrid inverter an ideal choice for any solar system where you may want to add battery storage especially in off-grid applications.

You can use the grid to top up your batteries when solar production is inadequate.

Single all-in-one inverter does it all. Hybrid inverters have a long and solid reputation. They provide comprehensive system-wide monitoring capabilities.

May not be as efficient as battery-only or solar-only inverters.

Battery inverters simply manage the charging and discharging of power from a battery bank. Like other inverters they convert DC current from the solar panels into AC current for home use but they also convert AC into DC for topping up your battery bank.

Allows for flexible system design. Battery inverters can be a good choice if you want to add battery storage later. Ideal for off-grid systems.

What Do They Cost?

Do not be tempted to cut corners by getting a cheap inverter.

Generally, the more expensive inverters will be considerably more efficient and they will be more reliable and last longer too.

What Are The Top 5 Inverters?

We believe in selling only the best inverters because quality is more cost effective in the long-run.

Some of the top model inverters in Australia at the moment include the following:

What is the Manufacturer’s Warranty?

Always choose an inverter with a good warranty.

An inverter with a 10 year warranty indicates a high degree of reliability and dependability.

What is the Maximum Efficiency?

The power efficiency of an inverter is critical to the cost savings you can expect from your system. Top inverters such as the SMA or Solar edge have been tested at around 96% to 97% power output efficiency.

Some inferior inverters only have power efficiencies in the low 90s. This may not sound much of a difference but over the life of the inverter it will add up to a significantly reduced return on your solar investment.

There are a number of standards that apply to connecting inverters including:

In addition there are a range of related standards that apply and you can learn more about these here. All our inverters are approved for use in Australia. You can check out the complete list of approved inverters here. 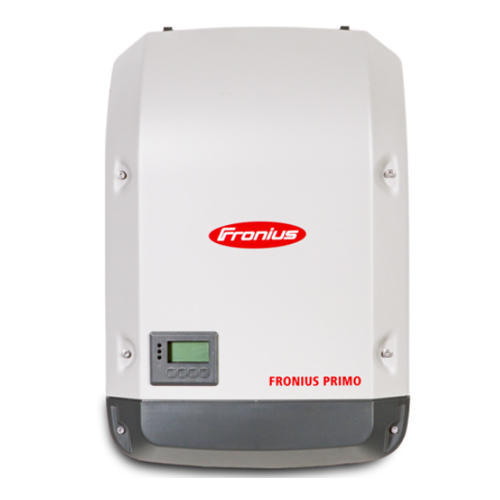 The technological progression for power generation are evolving in a constant manner.

The highly functional inverters can keep the PV system produce optimal yields for decades and are therefore very much in demand.

It should thereby make sure that every new solar technology and solution improves and improvises reliability. It increases energy yield and makes PV system more full proof. 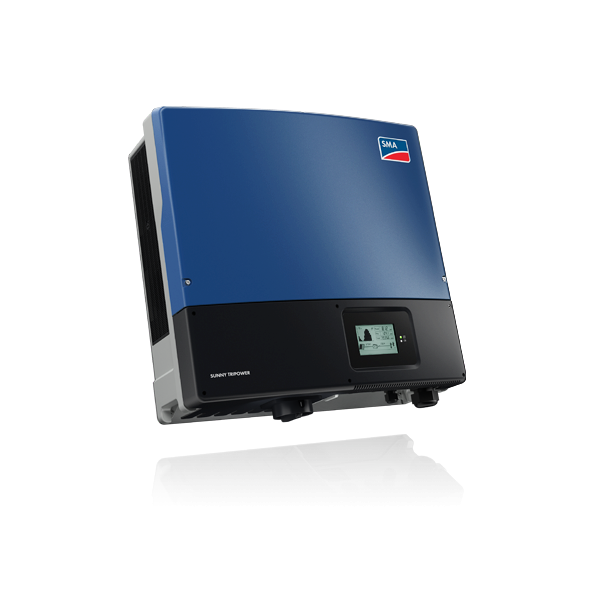 The SMA solutions are tailored for both industrial as well as for commercial usages. These solutions are future proof along with it being profitable and flexible.

With SMA system solutions, the self generated solar power works in an efficient manner and thereby it decreases operating costs.

The solar panels might be on top, but it is the inverter that controls the entire thing.

It is to be noted that choosing an inverter technology is quite critical and it means high production, greater reliability and unmatched intelligence.

Brands that we work with